I'm so glad you found your way here, love.

My mission is to help you transcend the limitations of the 3D world and step into a world where magic and miracles are part of your daily life.

I know you have a big mission. I want to help you fulfill that mission and help you unleash the unlimited potential that already exists within you - so you can step out of perceived limitations and create a life more empowering than you can imagine!

Let me help you step out of outdated, cookie-cutter business models and create a business that is in complete alignment with who you are and with your soul purpose, so you can serve the people you are meant to serve at the highest level and create ripples of transformation through your work.

Let me help you find the clarity, confidence, and courage to get serious about living the life you came here to live.

Together, let’s transform your fears into faith, your challenges into miracles, your business into a vehicle for growth and transformation, and your life into your own heaven on earth.

Yes, this is possible for you.

Let me take your hand, and let’s do this!

I believe that the foundation for wealth is inner peace and that success should never sacrifice your health and well-being. 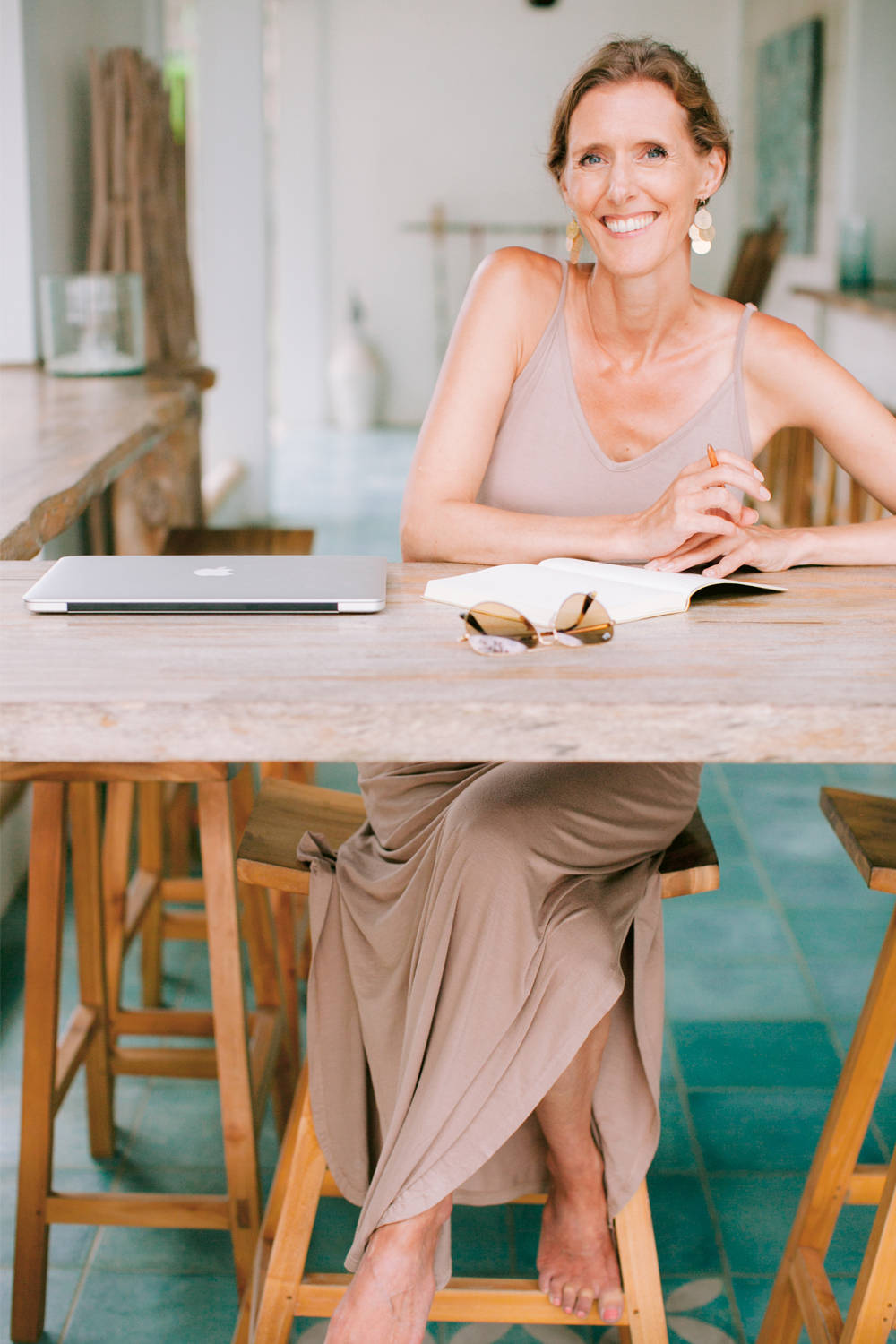 What does your soul crave?

Maybe it’s more time, a slower pace of life, more time with your family, love, health, self-expression, having time to travel, being able to do the things that set your soul on fire…but that you’ve been telling yourself you can’t…

If you could live any way you wanted, what would that life look like, my love? How would things be different? What would you be doing with your life?

I can assure you, no matter how far fetched this life may seem to you today, I promise, if you commit to having it, it is all very possible for you.

You see, my life wasn’t always all roses. In fact, looking back, there are times I wonder how I even got through it. Even though outwardly it looked like I had it all together, that I was successful and all was well, truth be told, I was a mess.

I decided to change. And the gifts life has given me in return are beyond my comprehension and wildest dreams.

I stopped waiting for things to change and decided now was the time to live my life. To give into my soul’s cravings and live the life I came here to live: a life of freedom, peace and joy. A life that allows me to travel, to have time and financial freedom and to follow the urges of my soul while using my passions and gifts to serve others.

Most of all I wanted freedom and peace. Peace from the prison in my own mind, freedom of time and financial freedom. I no longer wanted money, financial resources or limiting beliefs to hold me back from living the life I came here to live.

I want this for you too. To step into living the life you came here to live.

Now I put myself first. I have learned to love myself and to make loving choices that serve me - not just everyone else. And let me tell you a secret, love: When you put yourself first, the energy you put into this world is enough to heal everyone around you. It is not selfish to put yourself first, it’s a necessity and it’s your responsibility to take care of you and to live your purpose.

Are you ready to join me in this journey?

Want to learn more about my story?

Several years ago I fell to the floor and collapsed in front of a client.

My back had given out and my body refused to keep going. This was the beginning of a physical, emotional and spiritual crisis. I was a mess.

For more than ten years, I had been running a business, giving birth to and raising my two boys while managing my traveling husband.

I was taking care of everyone. Family, kids, my husband, friends, neighbors, clients…They all came to me for support, and I kept giving, giving and giving…

The sleepless nights while my boys were little, the clients calling me at all hours of the day, the constant deadlines in my business left no time for me. 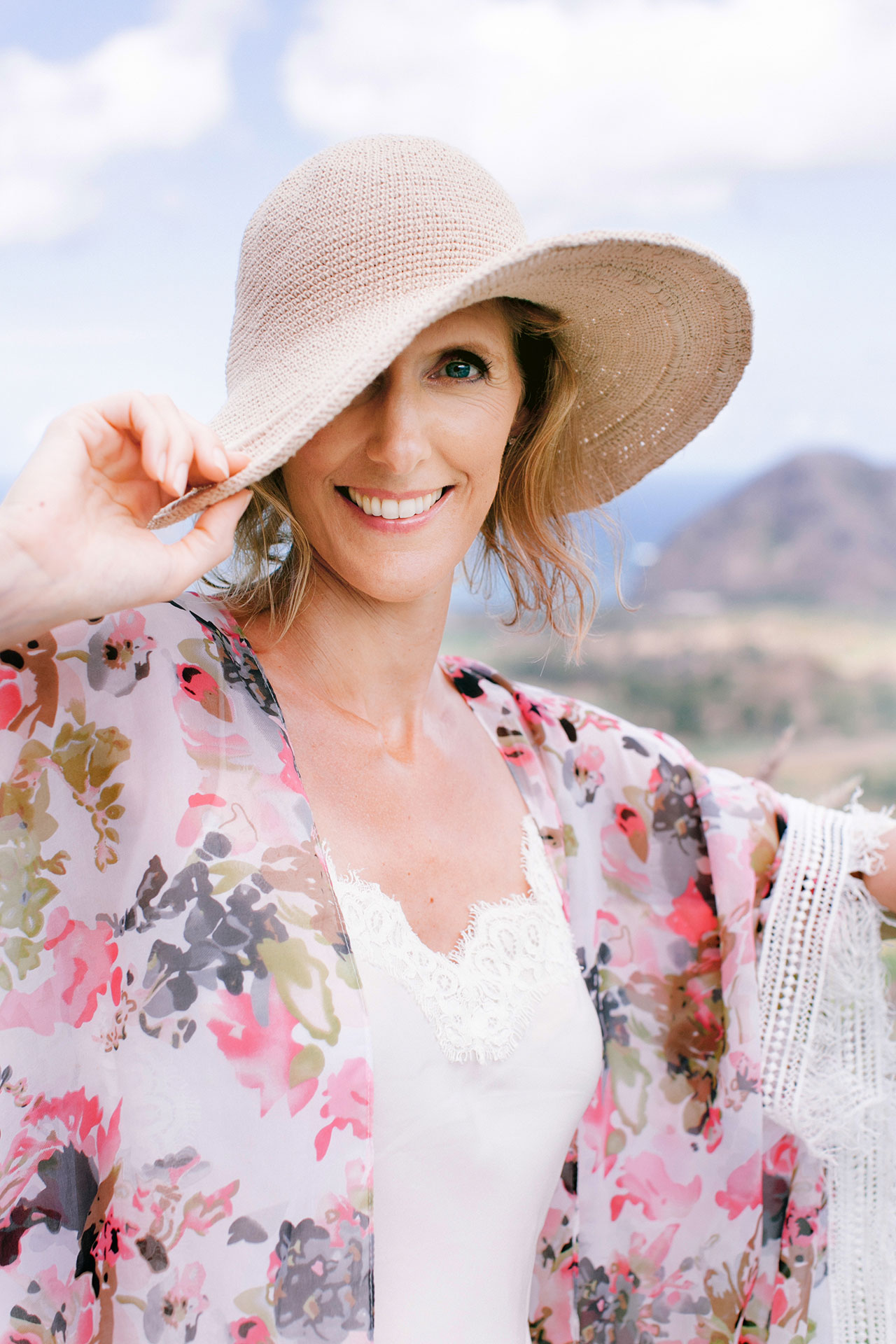 I felt like I was physically holding up the world around me.

Yet, now, laying here on the floor, my life was flashing before my eyes and all I could think of was: How the heck did I do this to myself and what do I do now?

Who is going to take care of my small children and run my business?

My head strong attitude of just getting things done had knocked me to the ground. I simply couldn’t live like this anymore, and my body assured me there was no way I could.

Physically the crisis was manifesting in food allergies, visual disturbances, pains all over my body, adrenal and thyroid problems, hormone imbalances, vitamin and mineral deficiencies, candida and complete exhaustion. Spiritually and emotionally I felt lost and depressed. I knew there had to be more to life but I just had no idea what that would look like for me or even what I would do professionally.

Some may say that the warning signs had been on the wall for some time, but I was just living the life I had learned how to live.

And as I started looking deeper within myself, I realized I was in the wrong career, the wrong relationship and I had completely lost touch with who I was.

As I was driving into work in the morning with tears running down my eyes, I knew something had to change. Shortly after I could no longer go into work. A urinary tract infection dictated I stay close to home and the bathroom. All that came out of me was blood.

I quit my job, not knowing what to do next.

I grew up as the positive little girl who never did anything wrong and made sure to keep the peace in the family. After all, there was so much noise growing up - so much tension and shame, that somebody had to be the peacekeeper. That became me. 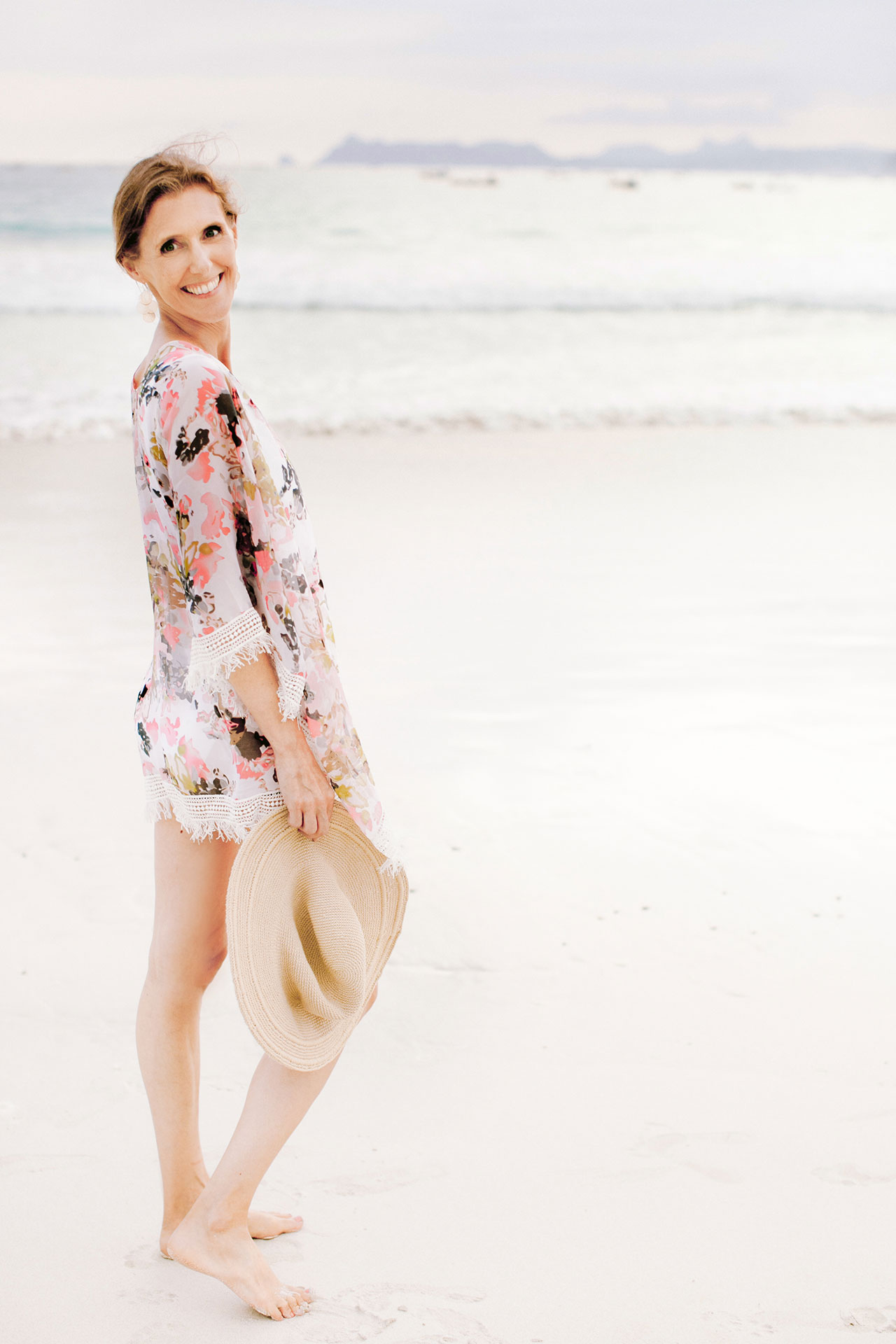 Since before I was born, my mom had a lover that she would see every week for 14 years, while still being married to my dad.

I could feel my dad’s pain every single day growing up. Sometimes he would loose it, throwing a glass of milk in the wall during breakfast, with glass and milk scattering all around us.

Even though I couldn’t put words on how I felt, I knew that it felt wrong and embarrassing and I was ashamed and felt sorry for my dad.

There was constant bickering in my house. My dad was never good enough in my mom’s eyes, and subconsciously I feared becoming like my dad: Not good enough!

My life became an unconscious journey of becoming enough! Of course, this is not something I was aware of at the time, it was buried deeply in my subconscious mind, yet it was the constant driver of my life and my actions.

So I worked hard, got good grades and became financially independent at an early age. I did well at school, had lots of friends, got several high profile job offers after college and then became good in business…

If I could be the good girl who didn’t cause any trouble, I would at least get some attention from my parents, who were mostly stuck in their own emotional turmoil and were mostly unavailable.

So I grew up learning to please others and keep the peace at all costs, while being friend to everyone…except myself.

As I became a teenager I would get into dysfunctional relationships with guys. I partied a lot, and I was consciously unaware of the crisis lurking beneath the surface. To soothe my pain, I would party and drink.

Even though I stopped the drinking as I got older, the dysfunction only got worse the more responsibility I got, and I slowly sucked myself dry taking care of everyone else. After several years of raising my small children on top of everything else, it was too much. I couldn’t do it anymore.

Now, lying here on the floor, I realized I had to make some serious changes in my life.

I spent years and tens of thousands of dollars seeing all kinds of doctors, changing my lifestyle and eating habits and leaving my job, but it wasn’t until I tuned into the power of my own mind that I was able to heal myself in just two weeks.

Really, could it be that easy?

I knew that I had tapped into something powerful and I knew if I could use my mind to heal myself, the way I did, then I could do anything!

After I discovered the amazing power of the mind I realized that my purpose is to help you tap into the unlimited potential of your own mind so you can have, be and do anything you want. Yes, my love, that is possible once you learn how to tap into your own powers and align yourself with the laws of the universe.

I decided to put my process to the test and made the bold goal at the time of making $20,000 in my business in a month. This was at a time my business was barely making any money at all, but I believed so strongly in the process I had used to heal myself that I knew I could do it. Just a few weeks later, I made $24000 in three days, not working any harder than before. Needless to say, my process was working. This is the same process I now teach my clients so that they too, can create the results they want quicker and with less effort.

I am a truth seeker, coach, energy healer, teacher, personal development junkie, mindset freak, healthy living enthusiast, yoga and meditation lover and small business wizard. I choose to live every day from my heart and to share the wisdom I’ve learned along my journey to help heal the world one person at a time.

As I started my coaching business the goal was to figure out a better way to run my business so I could teach you how to do the same. A way that feeds both your soul and your bank account. A way that is sustainable and doesn't lead down the path of burn-out like so many entrepreneurs.  I knew there had to be a better way and I was on a quest to find out how.

Ask and you shall receive. The Universe has put me on a magical journey, teaching me step by step the secrets, lessons and wisdom required for what I now call Success-soul® living. What’s showed up is beyond what I could have comprehended when I first started this journey. I have surrendered to this purpose and trust I am being guided each and every step of the way. Now, I am being guided to serve you.

When the student is ready, the teacher will appear.
There is no coincidence that you are here right now reading this. I invite you to join me in Success-soul® Living. 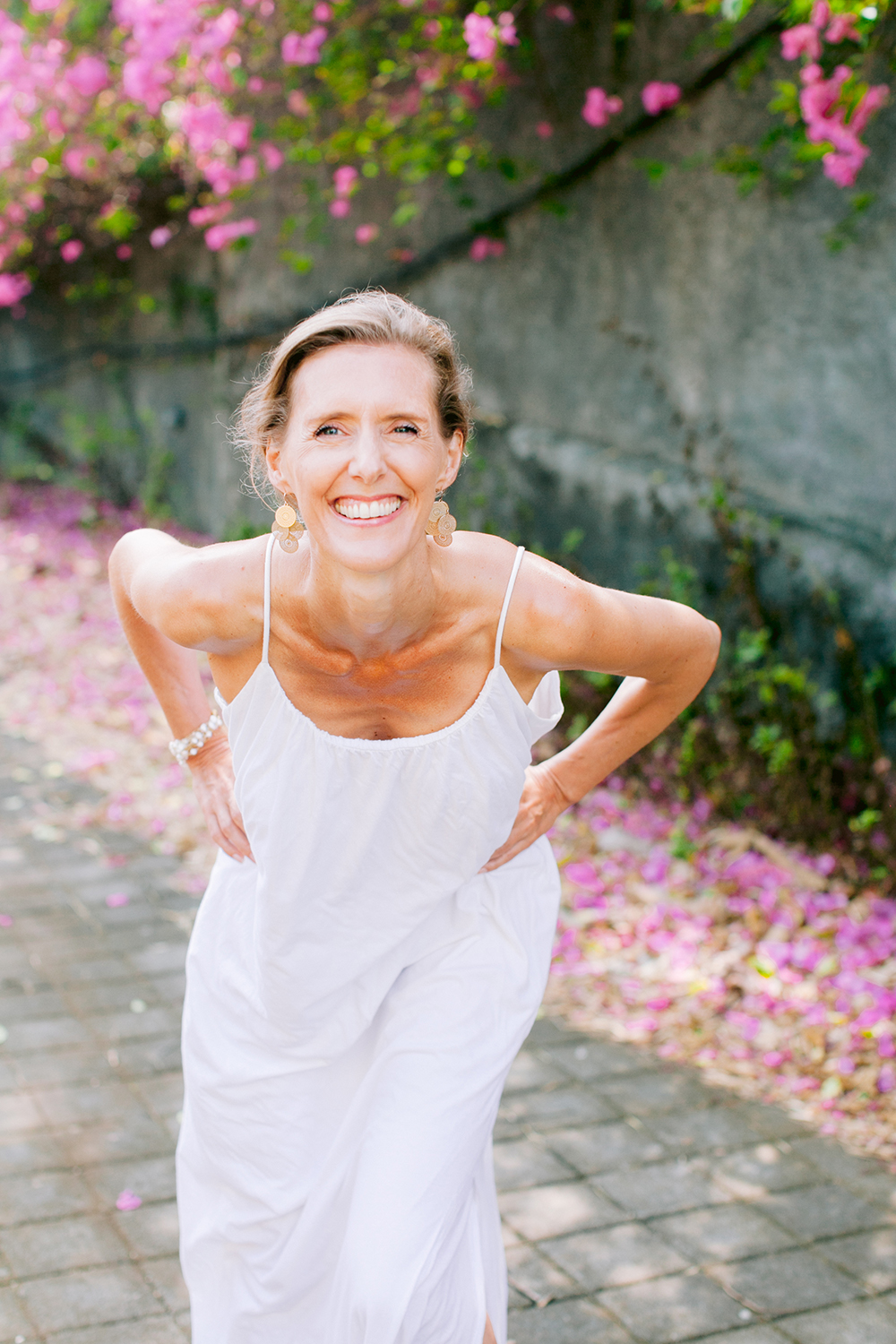 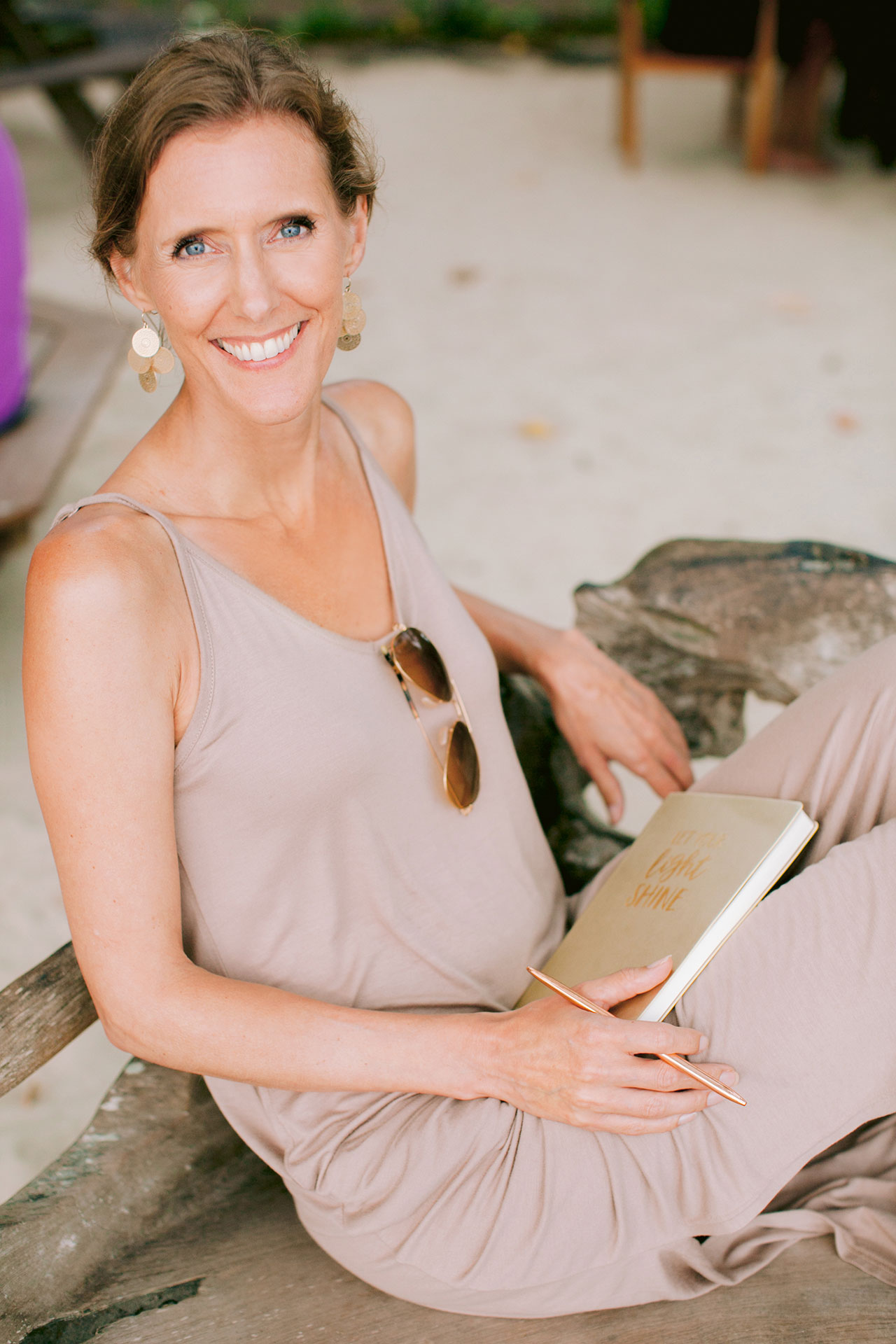 Apply here to work with me

Following your soul's calling is the way to Success-soul® Living.

Schedule a call with me
Scroll To Top